On Saturday night I traveled to St. Charles to take in a show at The House Pub. The band I was going to see is named Noah’s Arcade, and it is fronted by Noah Giblin, who is the husband of my niece Rachel Giblin, yogini and nanny extraordinaire. The House Pub is located in downtown St. Charles right next to the Fox River, and as I approached the location I saw a large crowd of what appeared to be aging rockers in their finest regalia smoking cigarettes and mingling on the sidewalks and alley adjacent to the venue. My first thought was that Noah’s Arcade must be more popular than I had anticipated, but when I walked around the corner to the front of the building I saw the reason for the crowd.

It seems that The House Pub shares space in the same building with the Arcada Theater, and the bill for the night was sure to attract the crowd that I had seen on the street.

As the show had a scheduled start time of 10 pm (rather late for the 5 am riser that I am) and I was hungry, I went across the street to the El Puente Mexican Restaurant. I ordered the Quesadilla Grande with shrimp, and it definitely lived up to its name. My first thought was that I would not be able to finish it, but I did manage to get it down.

Then it was over to the venue where I met up with Rachel and her mom, Lee. I had not seen Rachel since she was an infant, and Lee for about 20 years, so it was wonderful to see and reconnect with them. Rachel is a lovely young lady, and Lee has seemingly not aged at all. 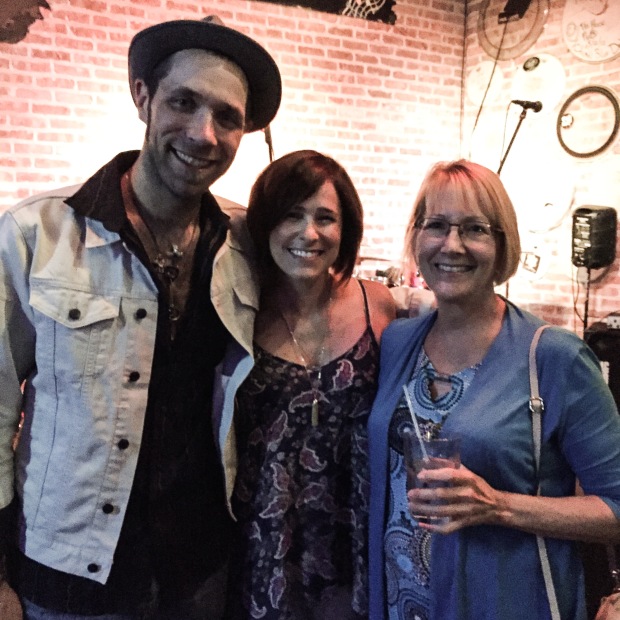 In addition to being rather tall, with an imposing presence, Noah is also a gifted musician and songwriter. He has an excellent stage presence, a good voice, and a large repertoire of original music. Noah can really shred on the electric guitar, and Rachel has assured me that he is equally gifted with the acoustic guitar and can also display a softer side as well. The show was scheduled to go on until 1 am, but as my goal for Sunday morning was to make it to the 8 am yoga class at Akasha Yoga I excused myself after the first set, but not before picking up Noah’s Arcade’s two CD’s for future enjoyment. It was a great evening and a real treat to reconnect with Rachel and Lee and meet Noah!