Right now it is Saturday, March 31, 2018, and my test approaches! Three weeks from today I will be wending my way across the deserts and mesas of Western Utah as a participant in the Zion Ultras 50K event. When I retired just under three years ago my goal was to restore functionality to my body. My motto was “65 going on 45”. Still is, with only slight modifications. 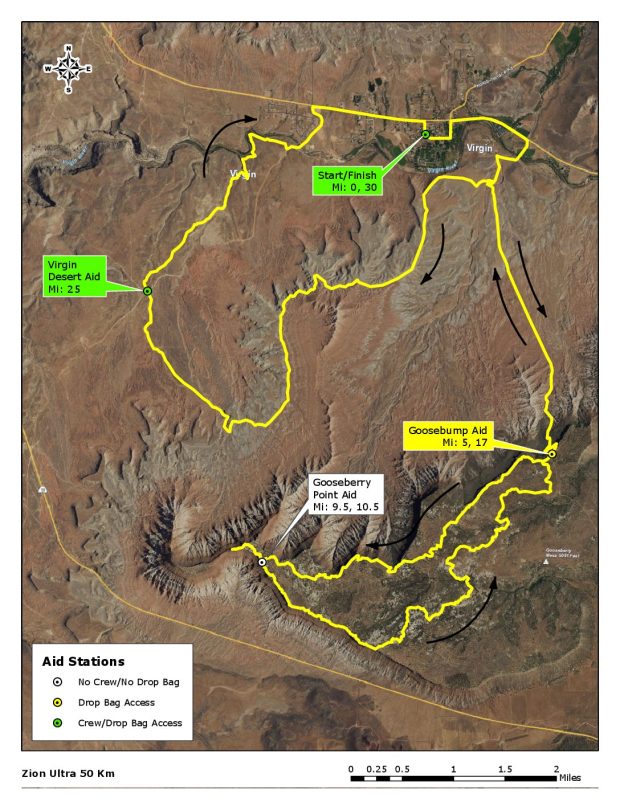 One of those functionalities is the ability of my body to carry me across the earth under my own power quickly and as long as I need to go. I did a pretty good job of maintaining that functionality until my early 50’s. When I lived up on Mulholland Drive from 1993-2002 I would regularly make trips to places like Mount Wilson or Sycamore Canyon where the objective was a 20 mile hike, and in 2003 I got in pretty good shape and ran the LA Marathon.

That event, however, may have sown seeds for later problems. I was running great until about mile 11 when I turned an ankle, badly. There have been many cases in the past when I have turned ankles and been able to essentially walk it off, and I opted for that course here, walking a half-mile and then running again. I wound up running until about mile 18, and then walking most of the rest. In retrospect that probably contributed to the ankle mobility problems that eventually made even walking difficult, let alone running.

Had I been able to rehab that injury back then I would have been much better off, but rehab takes time, and in those years time was at a premium. I was paying the price for not even thinking about retirement until I reached my fifth Year of the Tiger. From 2002-2007 I was holding down two full-time jobs, and that left very little time for exercise.

When I did exercise that took the form of biking mostly. I come from a family that tends to obesity. I have two brothers who average 400 lbs and a couple of sisters over 200 lbs.  if I don’t maintain a high enough exercise threshold I would join them rather quickly, and in fact have had on several occasions to lose up to 60 lbs to reverse that course. My threshold is about 1000 calories per day, and I give myself credit for 100 cal/mile for running/walking, 50 cal for every 100 feet of elevation gain, and 40 cal/mile on the bicycle. Given that I couldn’t really run at that point it would take me over three hours of walking on flat ground (not very fast) to get my 1000 calories. I could, however, do 25 miles of biking in less than 2 hours, so that became my go to exercise regimen.

The problem worsened in 2007 when I moved to Placentia, trading my three mile commute for a thirty mile commute in order to accommodate my then girlfriend. The additional driving was bad enough, but she had a lot of additional demands on what little time I had, with disastrous effect. Over the course of the next three years I gained over sixty pounds, turned into a gooey mess, and probably wouldn’t be here now if she hadn’t walked out on me in 2010.

From 2010-2013, freed from one form of bondage but still commuting to work, I was able to lose most of the weight I had gained. I was biking over 200 miles/week, and I also had the benefit of close proximity to Chino Hills State Park. I have found that the absolute best exercise and therapy for me is a long walk up a steep hill, and I had that in Chino Hills. My favorite “proper trudge” was to hike 5K up the North Ridge trail. That would give me a total of 6+ miles and 1000 feet of elevation for a caloric expenditure of 1100 calories! I could also do it in less than 2 hours, making it as efficient as biking.

In 2013 I moved back to Long Beach, gaining some time by losing my commute, but also losing the hills. It was back to a mono-exercise regimen of biking, and my rehab of my ankle problem was pretty much stalled. When I retired in July of 2015 I was ready to really get to work on that problem.

When one retires it is important that the work doesn’t go away. My motto is “Working for a life, not for a living”, and in looking at the friends I have one person stood out as having a lifestyle worth emulating. That person is Kerry Winston Ward. I had met Kerry through my travels to Original Muscle Beach and JJ’s Gym. He was a person who showed up infrequently, seemed to know everyone, and always displayed a tremendous amount of energy and skill. I had a chance to talk with him in September, 2014, when he was just two weeks removed from finishing the Tahoe 200 ultramarathon. I was amazed that he was showing absolutely no ill effects. He was a member of my entourage at the 2014 Circus Couture when I bought a table for 8, and as is pretty much always the case was the life of the party.

Kerry is also quite the adventurer. My friends often comment on how adventurous my own life is, but almost all of my major adventures have come when I was hanging with Ward. Those adventures, in turn, are only a very small fraction of his adventures. Waldo (as in “Where’s Waldo”) has nothing on Ward! On any given day he might very literally be anywhere in the world. Wherever Kerry Ward travels, adventure beckons, and he has built up quite a coterie of close friends to share those adventures with.

I retired on July 1, a Wednesday. I wanted to establish as much distance as possible from my job, so my plan was to get in my car the following Monday, head up the coast to Vancouver, and drive across Canada all the way to Newfoundland. Fate intervened that Friday when Kerry posted that he had a dilemma–one of his Vancouver ultra buds, Pat Malavi, was turning 40 and Kerry was part of a group that were going to Iceland to celebrate Pat’s birthday and also run the Laugavegur Ultra Marathon, a 33 mile trail through the highlands that hikers normally take 5 days to complete. Kerry and a buddy had put a deposit on a camper van with a plan to arrive 10 days early, drive all over Iceland, and run the race. The friend had gotten hurt. Was there anyone who could step in and take his place? My hand went up immediately, and thus commenced the first of many adventures with Kerry. On Tuesday I arrived in Iceland.

Not only did Kerry finish the Laugavegur, he also changed the tire when the bus got a flat.

When I went to Iceland I was not in the best of shape. My rotator cuff on my right arm was really messed up, my feet hurt all the time, and my stability was not so good. Still, I did my best to keep up with Kerry, albeit with some accommodations. So when we came to the Skogafoss waterfall, the gateway to the Eyjafjallajokull volcano that erupted in 2010, Kerry was able to run the dozen or so miles inland to see the volcano while I took a more modest excursion up the same valley. In some cases this worked to his advantage. When we visited the Selifoss waterfall in the interior Kerry was able to do a one-way run 20+ miles down the canyon to the north coast, and have me meet him on the other end as he emerged from a cold drizzle with a pocket full of Kroner for the hot shower in the campground. 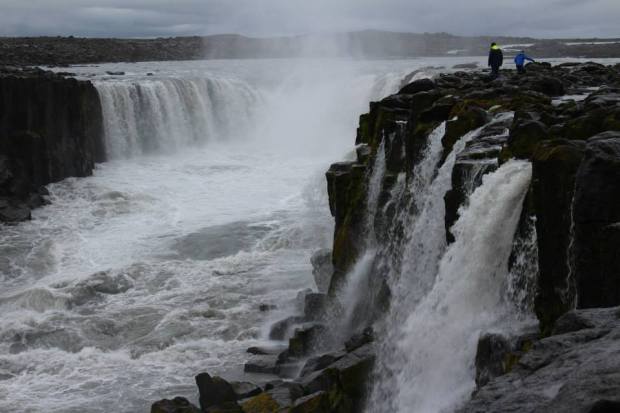 One of the advantages of hanging with Ward is meeting interesting and very exceptional people, and the ultra-running community is particularly impressive. It is great to have friends that one can count on when times get tough, and Kerry has a lot of those friends. Friends like Dylan Morgan, for example. When Kerry did the 238 mile Moab 240 run last year he had a hard time finding pacers, so Dylan stepped in and paced him for well over half of the race. Then there’s Wing Taylor who said “Run 93 miles around Mount Ranier over two days? Sounds like fun! I’m in!” Not to mention Dax Orion Hock, who was up for the 30 mile round trip from Palm Springs to San Jacinto Peak with its 12,000 feet of elevation gain, as well as a run around Mount Hood in a snowstorm. One of my my personal goals is to be able to step up and do some pacing myself, and my Zion run will be a test for me.

So the time for my first test approaches. Today is Thursday, and I am planning on doing some yoga this morning and then some LSD in Telegraph Canyon this afternoon. Not that kind of LSD! Long Slow Distance, with a target of running for 4 hours and 15-16 miles. Tomorrow Kerry is due in LA, and then it will be off to Utah for a shakedown excursion down Reflection Canyon before tending to a job he has in Las Vegas. The adventures continue!!