It’s a Sunday morning at Steelhead Coffee as I begin this post. It probably won’t be finished today, but who knows?. Stranger things have happened.

Just had my breakfast at Jongwaards Bake and Broil. They are my current Sunday breakfast spot, meeting my three big criteria: open by 7 am, pretty waitresses who know my name and order, and something I like to eat. An added benefit is that the portions are so incredibly large that I only eat half of my sausage, egg, and mushroom casserole and box up the rest for dinner.

I have been keeping myself pretty busy. Last week I took one yoga class, four Pilates classes, three ballet classes (two of them Intermediate level), one Gyrotonic class, a private swing dance lesson with the lovely Mary Morgan-Childs, a rehearsal for a Dance4Oceans performance next month (learning a hip-hop routine set to Thriller), averaged 8.1 miles of walking per day, and rode 50+ miles on my bike. I also put in a hour of tutoring, covering for Ashley Elizabeth Allen while she cavorts on the stage in Malta.

I am making some changes to my routine. I enjoyed Ashley Shaw’s class when she subbed for Becky Tyo at Pilates X. I enjoyed it so much that I made the difficult choice to take Ashley’s 11 am class at PX instead of the 9:45 am yoga class at LA Fitness. No way that I could do both, especially since Thursday is a biking day and the locations are 5 miles apart. Sorry, Janelle:-( !

The two Ashley’s–Allen vamping it up in Malta, and Shaw catching a breath after teaching three classes…

The flu also intervened, first when we had a substitute for Vannia Ibarguen’s Intermediate class at Elevation Studios on Wednesday (Brooke did an outstanding job), and then when Maggie Grove had to cancel her Kundalini yoga class on Friday (very sad face emoji here). That was another difficult scheduling decision I had made last month as Maggie’s class conflicts with Vannia’s 10:30 adult ballet class at En Pointe.

The silver lining (or the lemonade made from the lemons) in Maggie’s cancellation was that a) Vannia had recovered enough from her flu to teach her ballet class (cancellation would have added insult to injury!) and b) the class was packed, so I found myself trapped in a small room with eight beautiful ballerinas :-)). I have been in worse situations.

Yesterday (Saturday) was a jam-packed day. I started out with an 8 am Gyrotonic session with Veeseuth at Orange County Gyrotonic in Huntington beach. Next was a short residency at Steelhead Coffee where I ate too much food (didn’t need the side of bacon), and then the short trip to Elevation Studios for Carri Burbank Glen’s beginning ballet class at 11:15. Went home ate lunch, had a short nap, and tried to learn the Dance4Oceans Thriller routine.

Then it was off to Lomita for my first rehearsal with Kanna Jones and the Dance4Oceans crew at 3:45. From their website, “Dance 4 Oceans performs for causes. We raise public awareness of problems on this beautiful planet, Earth.” They will be doing an event at the Point Vicente Interpretive Center on March 10 to increase awareness of the problem of plastic trash in the oceans. I will be part of a hip-hop trash zombie dance set to Michael Jackson’s Thriller.

The rehearsal was in a pretty cool space, an aerial center on PCH named Art Flying Aerial. Lot’s of aerial equipment in this place, and from looking at the space and at their website they look like a very interesting crew and worthy of further investigation. 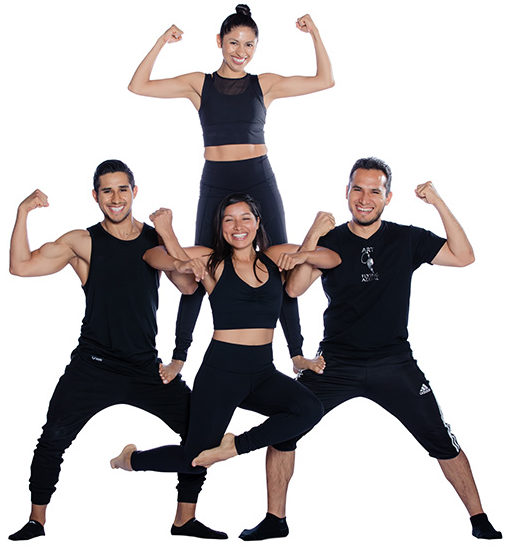 The Art Flying Aerial Team — Looks like a fun crew!

After rehearsal I changed clothes and made what seemed like an interminable drive up to Santa Monica. I stopped and ate too much Mexican food on the way (Tacos Por Favor), and then made my way to Apogee Studios where I saw a benefit performance by the Los Angeles Guitar Quartet on behalf of the Elemental Music program. Elemental Music is a non-profit organization that provides opportunities for children in Santa Monica to learn and perform ensemble music. The proceeds from the performance of the LAGQ provide funding for low-income students participating in the program. I got an invitation to this very limited event from my friends Kyo Yamashiro and Matt Hergert. Their daughter, Emi, attends Santa Monica Alternative Schoolhouse (SMASH) and is in the Elemental Band program. 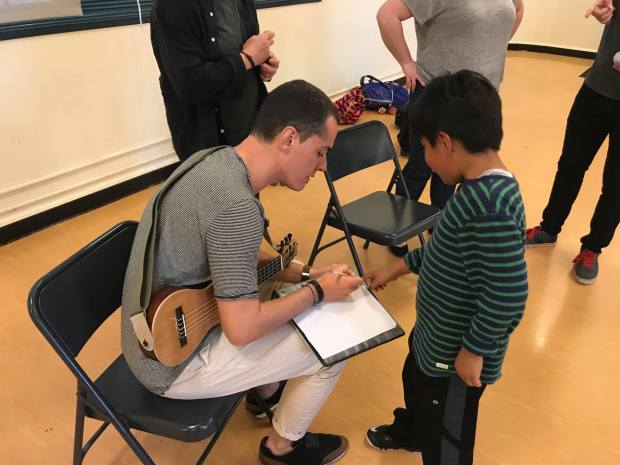 Well, it is now 9:45, and I did have a major distraction when I made a new friend. Melissa is a structural engineer in her eleventh year working for a large construction company downtown. She is relocating from Westchester, where she owns a house, to her fiance’s house in Long Beach. Melissa was in desperate need of a replacement for the coffee shop in Santa Monica that she used to drive to on weekends, and she has fallen under the spell of Steelhead Coffee. Mission accomplished! Melissa, by the way, is in the process of unlocking her super power as a calligrapher.

I am going to wrap this for now. I need to get in some hardcore training for my ultramarathon. There have been quantum improvements in my right ankle, and I am starting to feel stronger. I am, however, at a delicate stage where the muscles are getting strong enough that they provide a lot more stress on ligaments and tendons that are not accustomed to such loads. Last week’s 12.1 mile excursion up and down the Mount Wilson Toll Road was pretty taxing to those systems, but I did recover to the point where I was able to get in a 3 mile loop on Friday where I averaged 3.57 miles walking with just a tiny bit of (gasp) running mixed in.

I have actually started with a little bit of running on the ground under very limited circumstances with only very minimal inflammation. I will only be running on uphill stretches, in moderation, for the time being as I have found that to be both less taxing on my ankle AND incredibly effective at building strength. Can’t lose with a deal like that! My plan for today is to head over to the Palos Verdes Penninsula and do the trail from Sacred Cove up to Del Cerro park through the Portuguese Bend slide area, wearing trail running shoes and incorporating a little bit of uphill running.

It is now Monday morning, and I survived my excursion to Portuguese Bend. I couldn’t get down to the archery range where I had planned to begin, so I headed back to Ladera Linda park and started on the Forrestal Nature Reserve trails and connected with the Portuguese Bend Reserve trail system. I took the gentle route up to Del Cerro Park on Crenshaw and did some interval training on the uphill portions. I would run for two minutes and then walk until I got inspired to run again. All-in-all I probably ran about one mile out of the total six miles (with about 900 ft of ascent) that I did. I have a little bit of soreness in my right ankle this morning, but not out of line with what I normally feel.

All of the gods were aligned as I was then able to have the rare treat of meeting former bosses and colleagues Lynn Winters and Deborah Stark, along with Debbie’s man Steve, for dinner at Nelson’s in Terranea, where once again I ate way too much :-(. The burgers there are really pricey, but also really, really huge, and there is no redundancy in this sentence.